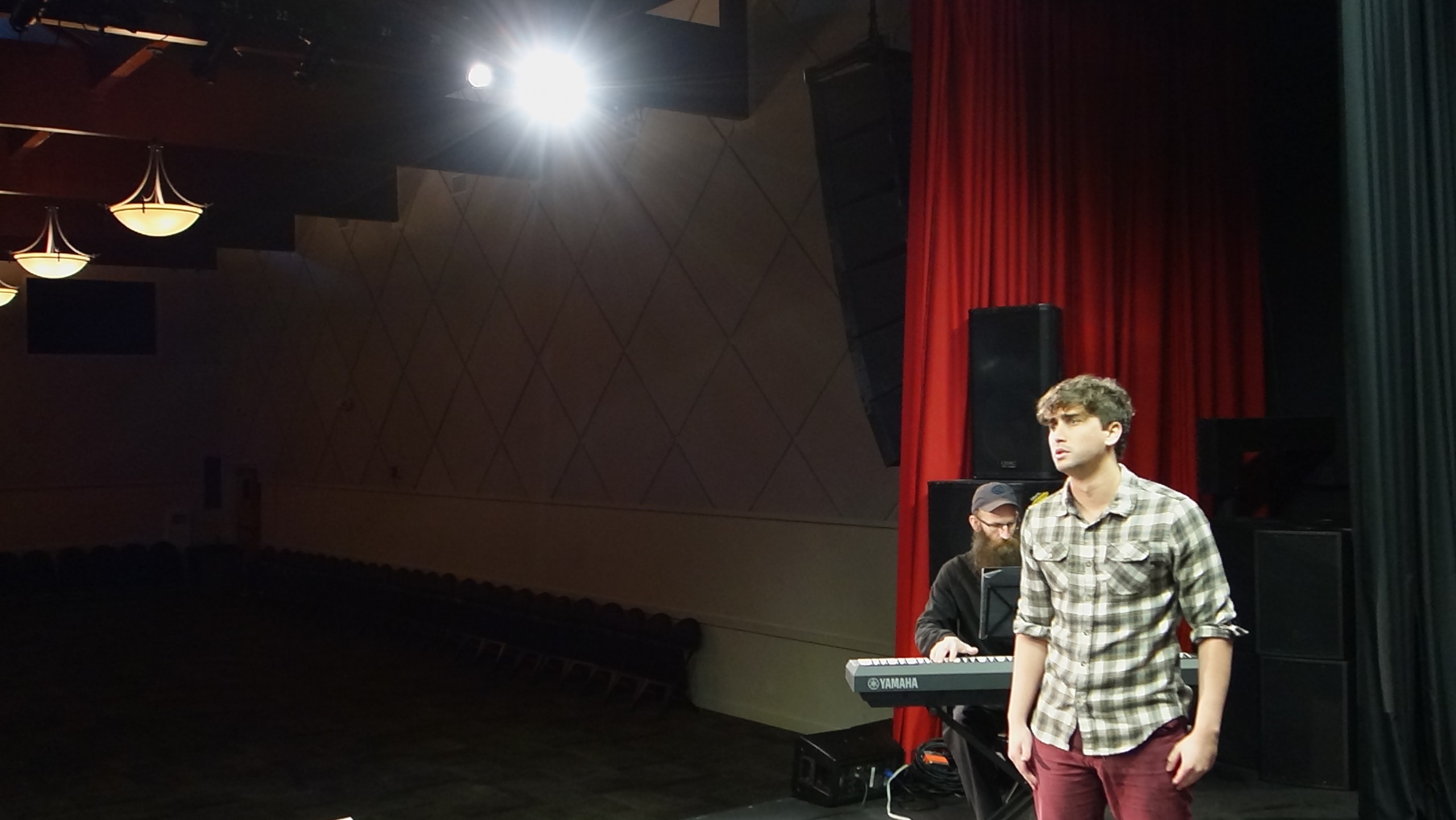 Auditions for fall studio show: Wiley and the Hairy Man

Like Aesop’s fables, Wiley and the Hairy Man is drawn from native folk wisdom. “Outwit the Hairy Man three times, and he won’t scare you ever again,” says Mammy. Trembling, Wiley sets out for the woods, prepared to confront the Hairy Man; he looks fear in the face and outwits it. The adventures are presented in lyric poetry and mime. The actors become the woods, the cabin, and all the props, making Wiley imaginative and easy to mount. A Joseph Jefferson Award winner for outstanding children’s play.

Wiley: A VERY energetic, stubborn young boy of about 7. The swamp and its surroundings are seen from his viewpoint, and his wild imagination gives the swamp its character. He doesn’t have any friends besides his Mammy and his Dog — and he’s very afraid of the Hairy Man, often making him cautious when he doesn’t have his Mammy or his Dog to help him. Throughout the show he discovers that he can fend for himself — he takes the journey from scared young boy to confident young boy. He is the protagonist of this play.

Mammy: Wiley’s mother. A conjure-woman, she is something like a witch. She is able to use magic, and often does so to protect Wiley from his fears. She loves Wiley dearly, though occasionally shows this in the form of tough love. Although she protects him, she also pushes him to grow up and face his fear of the Hairy Man. Mammy must be played in a mature way that retains some Southern Sass. Throughout the whole show, though, her character remains very mystical.

Dog: Wiley’s best and only friend. Dog is something like Wiley’s security blanket — there to protect him in times of dire need. Dog’s character will be almost entirely movement based, and very often this character will be on all fours. Although Dog will be on all fours, they also must have human characteristics — they must be compassionate and a friend to Wiley. This is a super fun part!

The Hairy Man: What did Wiley see? The Hairy Man, of course! This character shouldn’t be played too scary — it is a show for young audiences! Instead, the Hairy Man should be more of a bumbling, goofy character with a strong presence. It should be obvious that the Hairy Man isn’t all that bad, just a little on the dumb and clumsy side — as he is continually fooled by Wiley!

The Swamp Creatures: The chorus and backbone of the show! Movement based, these characters will essentially create the swamp and the wild world of Wiley’s imagination! A really fun, physical part.