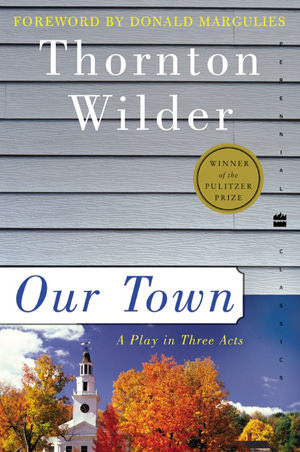 Cost $425 (42 contact hours/$10 hr Payment plan available)
ROLES AVAILABLE
(Please note some roles will be covered by Teaching Artists)
Stage Manager (male, female or nonbinary)
The narrator of the play, this character exists both within the narrative of Grover’s Corners and outside of it, commenting on the action, directing the actors, and even taking on small roles.
The Stage Manager is kindly and sincere, earnest in his love for Grover’s Corners and genuine in his appreciation of its ordinariness. This character is the connection between the audience the people of Grover’s Corners.
Emily Webb (female, age 17-23)
Emily is a central character to the play, a self-assured and intelligent young person. She knowswhatshewantsandisn’tafraid topursueherdesires,modestthoughtheyare, befitting of the early 1900s. She grows up next door to George, and eventually they marry.
George Gibbs (male)
George is a popular teenager and athlete, earnest and energetic. He grows up next door to Emily, his long-time crush who becomes his wife in Act 2.
SUPPORTING ROLES
Mr. Webb
The editor of the Grover’s Corners Sentinel and Emily and Wally’s father. A pillar of the community.
Mrs. Webb (
Sensible and serious, Mrs. Webb is Emily and Wally’s mother and wife to Mr. Webb. A hardworking, dedicated and caring mother, wife and community member.
Dr. Gibbs
Dr. Gibbs is the main doctor for Grover’s Corners, a very hard worker, dedicated to his profession and to the people of his community.
Mrs. Gibbs
Worrying and affectionate, Mrs. Gibbs dotes on her husband and children. She is imaginative and has a youthful quality of dreaming big dreams.
FEATURED ROLES (no auditions for these roles) Wally Webb
Emily’s little brother, four years her junior.
Rebecca Gibbs
George’s younger sister, four years his junior. She is fanciful and wondering.
Simon Stimson
The church organist and choirmaster, a well-known person about town who struggles with alcoholism.
Mrs. Louella Soames
A local gossip.
Howie Newsome
The milkman who guides a seventeen-year-old horse named Bessie.
Joe Crowell, Jr.
Joe is the paper boy.
Si Crowell
Joe’s younger brother, who takes Joe’s job as paper boy in Act II.
Samuel “Sam” Craig
The son of Julia Gibbs’ sister Carey.
Joe Stoddard
The town undertaker.
Constable Bill Warren
The town law enforcement officer,
Professor Willard
A faculty member of State University who recites facts about Grover’s Corners.

Students cast in leading roles (Emily, George, Stage Manager) will need to be in town the week of December 28th.