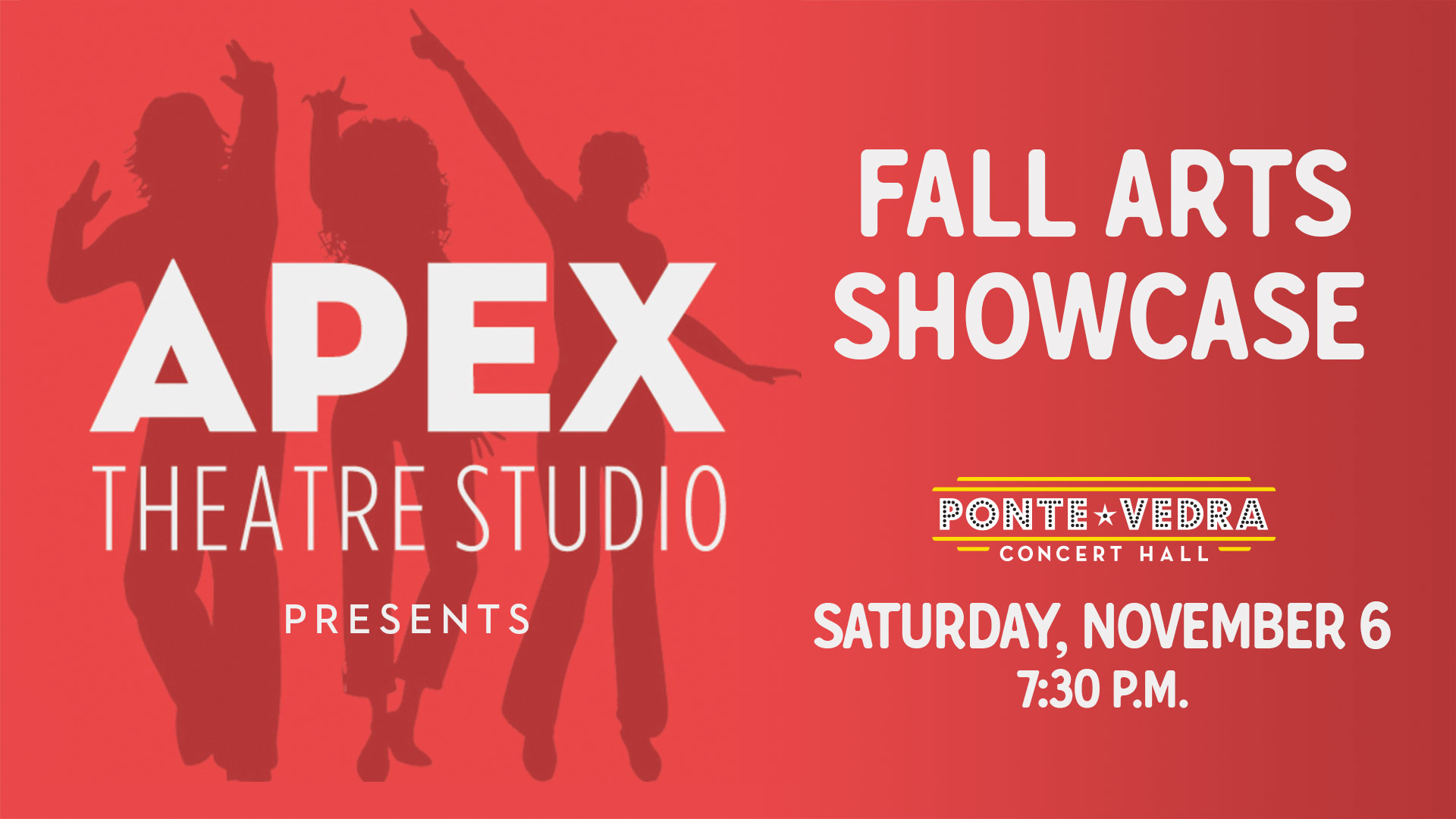 Apex Theatre Studio will present its sixth annual Fall Performance Showcase at the Ponte Vedra Concert Hall on Saturday, November 6th at 7:30 p.m.  The production features the talents of fifty young artists who will be featured in a mixture of musical theatre, improv, and one act comedies. Tickets are $20.00 (General admission).

“These young artists all share an affinity for the music of Disney,” remarked vocal director Isabel Dondero. “We decided it was a great time to explore all the Broadway shows which have come from the most special place on earth,” continued Dondero.  Students from the musical theatre workshop will perform numbers from a mixture of classic and contemporary Disney musicals including Coco, The Little Mermaid, Hercules, Tangled as well as two numbers from their upcoming holiday production of Frozen Jr.

The young actors workshop will perform two short one act comedies: The Blind Date by Horton Foote and Wiley and the Hairy Man by Susan Zeder.  Both shows are set in the South and take a unique look at the way small communities relate to one another.  “Mostly, they are just lots of fun and something families will enjoy,” remarked teaching artist Jeremy Williams who is directing one play and appearing in the other one alongside students.  The teen improv troupe, Tomato Tomato, will create sketches based on suggestion from the audience.

Tickets are $20.00 and may be obtained at the St. Augustine Amphitheatre box office or via Ticketmaster.