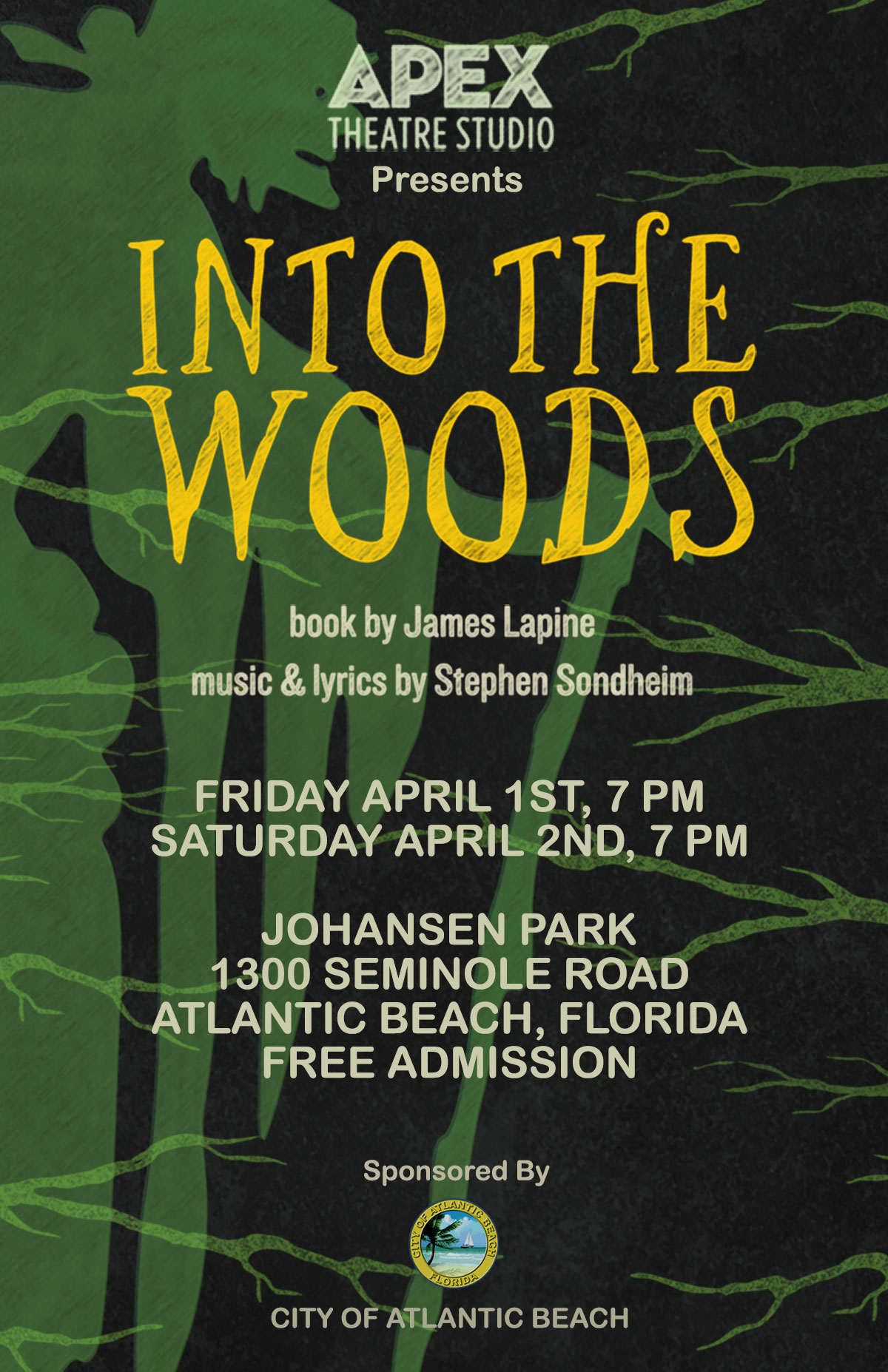 “We wanted to honor the passing of one of the giants of the American musical theatre by rendering one of his most beloved works,” remarked Ian Mairs, Managing Director of Apex Theatre Studio. “Letting our students explore the complexities of this brilliant lyricist and composer has provided them with a challenging process for the past three months. It is such a rich piece, full of laughter and regret.”

The story follows fairy-tale favorites, including a Baker and his wife, who wish to have a child; Cinderella, who wishes to attend the King’s Festival; and Jack, who wishes his cow would give milk. When the Baker and his wife learn that they cannot have a child because of a Witch’s curse, the two set off on a journey to break the curse. Everyone’s wish is granted, but the consequences of their actions return to haunt them with disastrous results.

The cast is comprised of students and professional teaching artists from Apex Theatre Studio under the direction of Atlanta-based director Justin Anderson.  It features a memorable score which includes Giants In The Sky, I Know Things Now, and Children Will Listen.

Audience members are encouraged to bring their own folding chairs and blankets. There will be food trucks set up both nights.