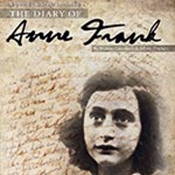 Auditions: The Diary of Anne Frank

Auditions for our winter touring show: The Diary of Anne Frank

The Diary of Anne Frank is one of the most famous and haunting stories to emerge from the 20th Century. The memoirs of this young Jewish girl, forced to hide for nearly two years to escape Nazi persecution, are an essential part of how we remember one of the darkest periods of our human history. For nearly two years, Anne, her father, mother, and sister, joined with the Van Daan family to hide in a secret annex space above her father’s former office in Amsterdam, as the Nazis deported Dutch Jews to their deaths. In her secret attic, Anne comes of age: she laughs, plays, fights with her mother, and falls in love for the first time. In spite of her oppressive circumstances and the horrors that surround her, Anne’s spirit transcends, as she voices her belief, “in spite of everything, that people are truly good at heart.” Anne’s dynamism, her luminous spirit, and her story of resilience continue to resonate deeply, making her story as vital today as when her diary first was published.

Please note we are only auditioning young artists for the following roles: (All adult roles will be done by teaching artists).