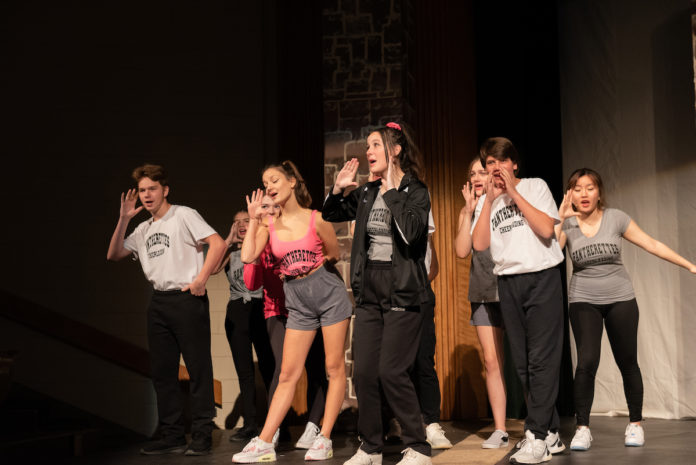 Beth is pretty, popular, a valued member of the Sub-Regional Champion competitive cheer squad, and relatively happy with her life. But when a late-night Ouija board session proclaims that she will become assistant cheer captain, an unexpected and ridiculous series of supernatural events are triggered. As Beth’s thirst for power grows, her moral compass goes into a tailspin — and her popularity-hungry mom and best friend aren’t helping. A campy, female-centered, modernized version of Shakespeare’s dark classic.

SAMANTHA, her rather devious friend

BLIMUNDA, the rival Cheer Captain, played by a male actor in drag